Playing with Docker has been on my bucket list for while and I've finally put aside some time to get started. So this was the easiest way I've found to start a brand new SPA using .NET Core and dockerize it. I'm not going to do any introduction to Docker itself, if you want to know more about it, check this video or go to their website.

Open the console (I use Cmder) and navigate to a folder you want to create your application. In the commands below, I create a folder in the current directory, but you don't need to if you've already created the folder

After you run all these commands, you should be able to open the browser, navigate to http://localhost:5000 to test it and you should see this: 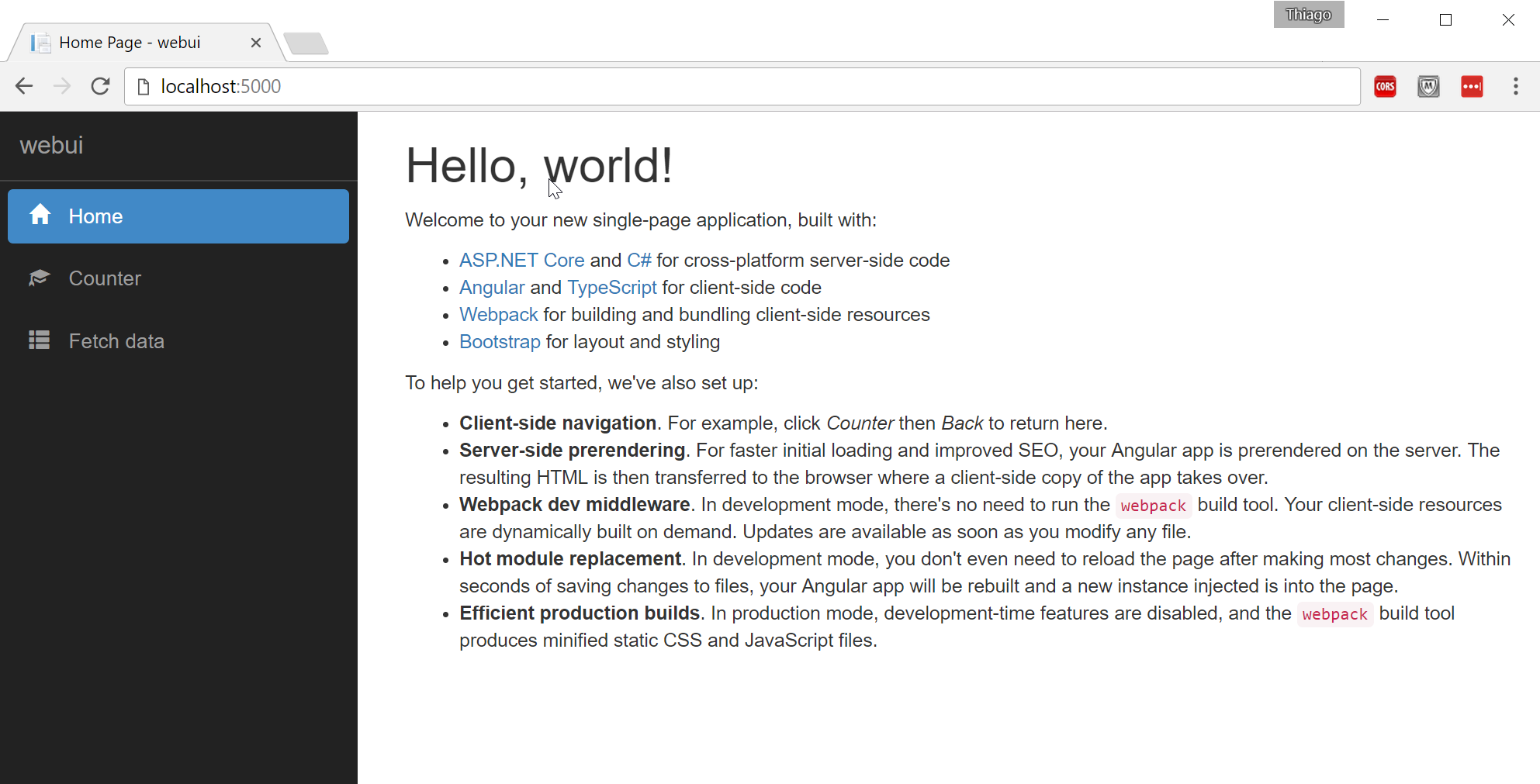 Well done! You have your SPA up and running.

To install the base image for your .NET Core SPA, use the command below. You'll find elsewhere people telling you to use docker pull microsoft/dotnet instead, although you'll hit a roadblock when you find out that it doesn't have node.js pre configured.

A container is basically a running instance of an image. Let's run the command below and check if everything went well:

Now if everything went well, you should be able to navigate to http://localhost:5005 and see this: 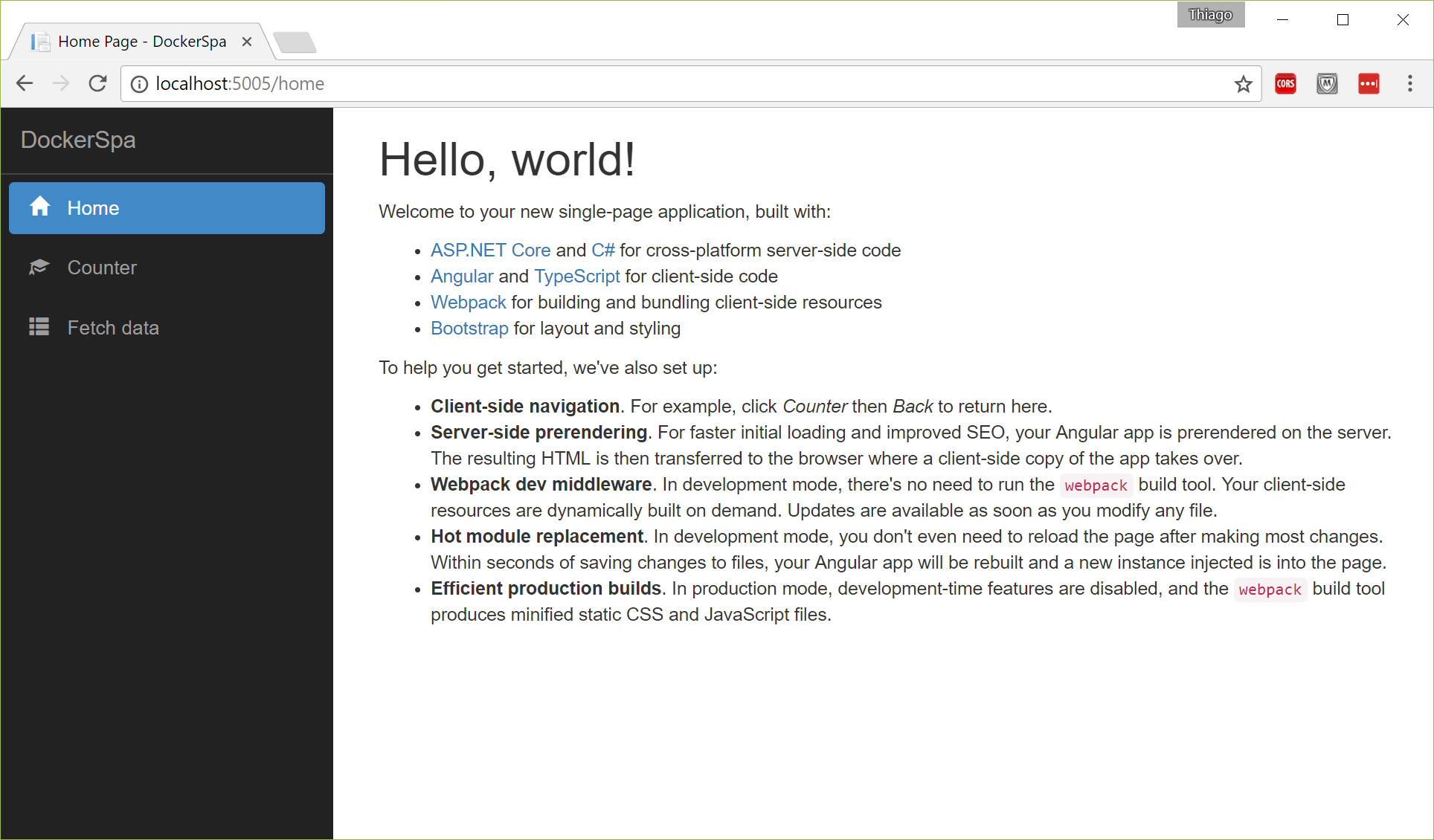 Hope you liked it and you found it easy to follow.

Just kind of replacing my last post to make the getting started even simpler. After playing a little bit more with Docker, I've realized there's no need to use compose, build, YAML or

A few months ago I put together an Azure Functions lightening talk to present at MS Ignite and I've realized that there was so much more to be said than 15 minutes. So