Can Azure Functions do that? Well, I'm always getting surprised by its power and flexibility. I just came across a pretty cool implementation of dependency injection for Azure Functions and would love to share it here. The package I'm going to use in this post is called AzureFunctions.Autofac.

The source code covered in this post is available here

You can implement some quite complex dependency injection configuration here the same way you would do normally with Autofac.

Now we can run the function by pressing F5 and see if everything works as expected.

And it's just a matter of deploying, you can go to the Azure Portal, create a new Function App and set up continuous deployment by following the wizard in Platform features > Deployment options. Once it's deploy, the result is this: 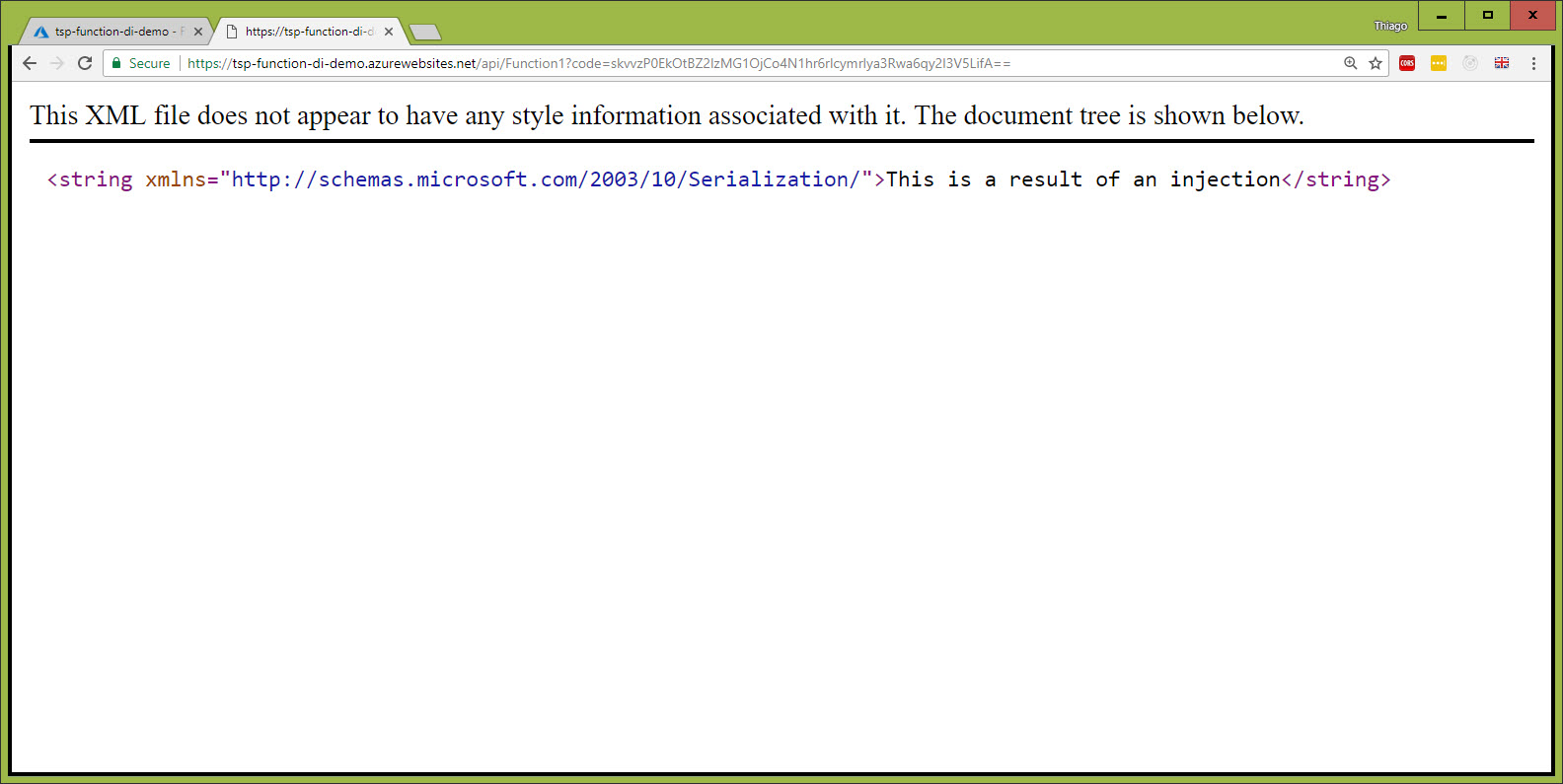 That's it. Hope it helps.

About 3 months ago I wrote a post with the steps to set up SignalR for a new .NET Core 2.0 app with Angular. I thought it was really amazing how easy

Let me tell you a story about a project that I worked on. It was quite challenging for several reasons. Challenging is good though, especially if it's technically challenging as I'm a technical