Just kind of replacing my last post to make the getting started even simpler. After playing a little bit more with Docker, I've realized there's no need to use compose, build, YAML or any of these fancy stuff for such a simple implementation. With 10 commands, you'll have your brand new spa, docker image, and container up-and-running. Let's have a look...

Open your console and start typing

Open the browser and navigate to http://localhost:4004 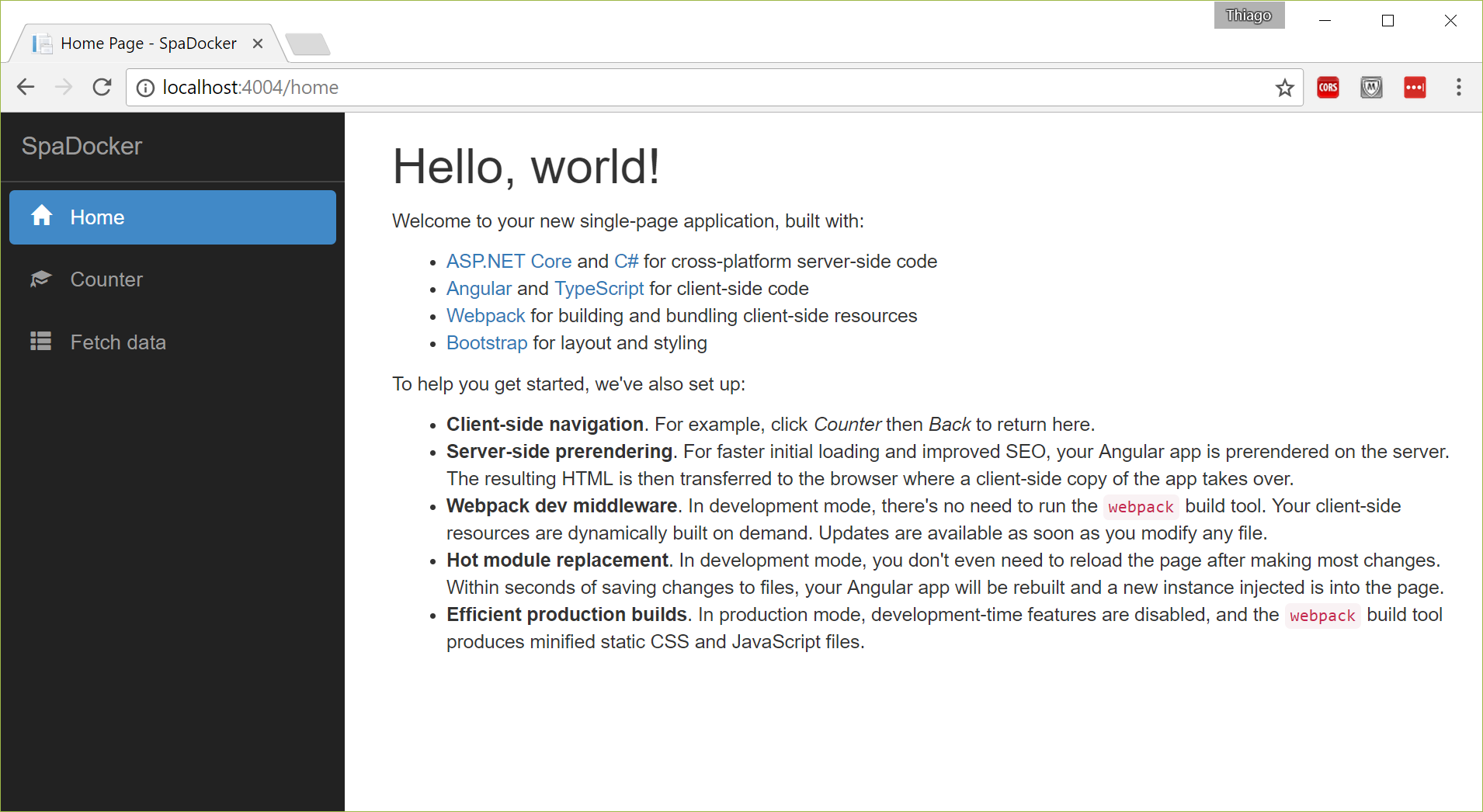 I've been using CDN for a long time, but it really never came to my mind to serve a whole client application using CDN. When I first heard about it I thought it

Playing with Docker has been on my bucket list for while and I've finally put aside some time to get started. So this was the easiest way I've found to start a brand